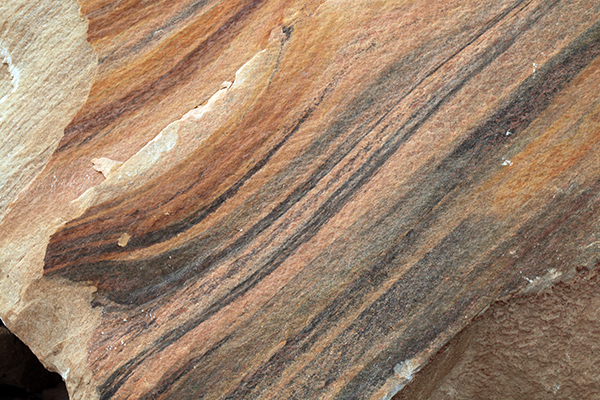 Steppes are regions dominated by grasslands and shrublands that experience scorching hot summers, extremely cold winters, and receive very little precipitation. Steppes often have rocky, mineral rich soils and are found near major mountain ranges that block prevailing winds and the moisture they carry. As a result, the unique plants of the steppes are some of the toughest in the world.

There are four major steppe regions on earth, the North American (including Colorado), South American, Central Asian, and South African. This quarter-acre garden brings them together to explore their similarities and their diversity.

Welcome to the Steppe

Steppe regions span millions of square miles and encompass ecosystems ranging from forest to desert and alpine to plains. In order to represent the immensely diverse flora of these massive regions, the Steppe Garden is designed to mimic a variety of environments. Plants in each region have been combined in novel ways. 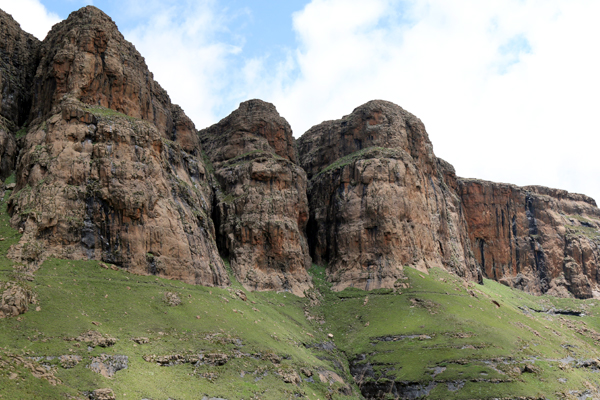 The South African steppe, with its richly varied geography, is the epitome of botanical diversity. In the west, high concentrations of succulents, bulbs and annuals transition into a drought-adapted shrubland. Further east, grasses and perennials build to high-altitude prairies in dramatic mountain ranges.

The stonework in the Steppe Garden mimics the natural habitats of plants that thrive in the cracks and crevices of rocks, known as chasmophytes. 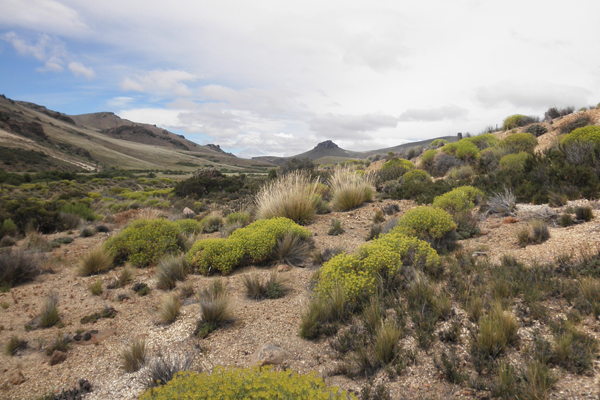 Implementing the Steppe Garden required the creation of a new world at Denver Botanic Gardens. Stonemasons, landscape designers and horticulturists worked together to envision structures and soils that would create a dramatic garden in a small space and support a wide variety of steppe flora. 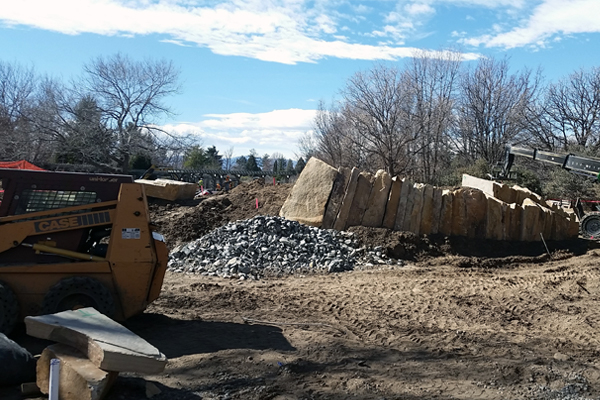 Hundreds of tons of stone, sand and gravel were used to create a crumbling mountain in miniature, forming the visual backbone of the Steppe Garden. 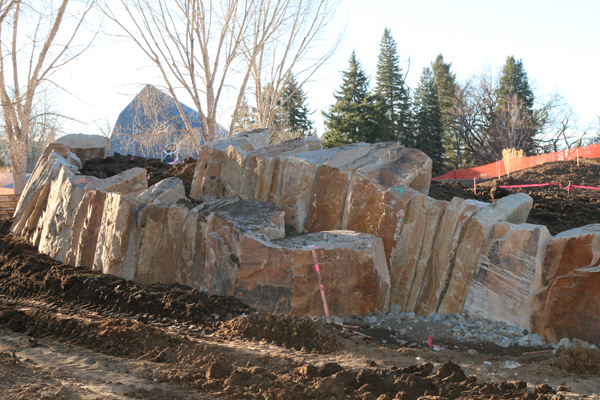 Sandstone slabs were set deeply in the ground and only a small portion remains visible. The buried stone creates a microclimate for plants where water collects and temperatures are more moderate. 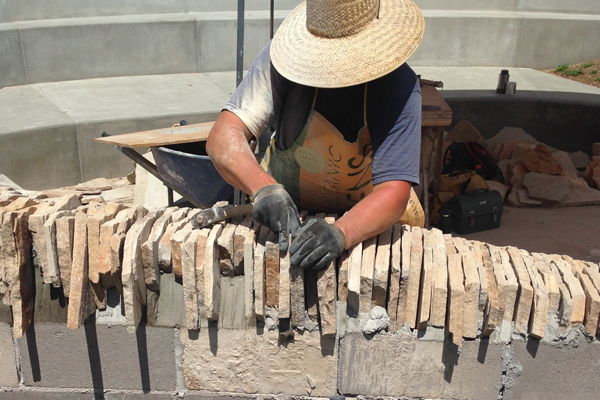 The Steppe Garden's cushion-shaped central planter was built by hand-cutting and laboriously fitting together thin pieces of sandstone. Both beautiful and functional, the spaces between the stones are planted as a crevice garden.

Telling the Story of Steppe

In order to tell this story, the natural appearance of stone and the use of perspective and scale helped to translate the idea of steppes, not just imitate the look of the steppes. 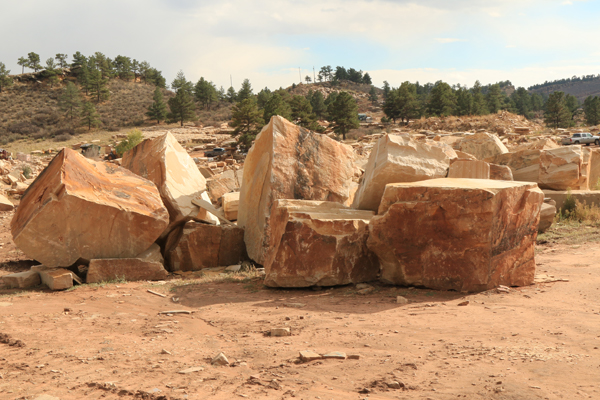 The stonework in the garden had to be rugged and stunning. Each piece of native Colorado sandstone was handpicked for its natural colors and form. The stones were then fit together onsite to create coherent, naturalistic ridges. 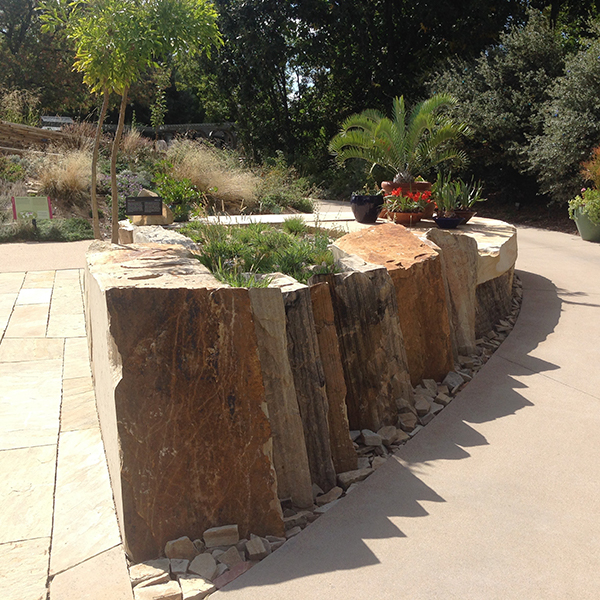 The three central planters of the Steppe Garden rise starkly out of the hardscape, contrasting with the soft curving edges of the planting beds, showcasing human influence in the naturalistic space. 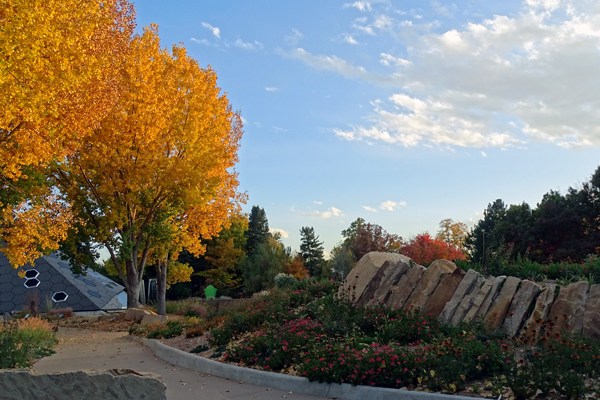 To create a deep, expansive look in a tight space, designers used a technique called forced perspective. By angling the stone structures of the garden along the same lines, the eye is lead toward the peak of the Science Pyramid, creating the feeling of a distant view.

The expansiveness of steppe regions means that their true borders are ambiguous and variable. However, climatic conditions often dictate which plants will or won't survive in the Steppe Garden. Because of this, the natural ranges of plants are researched extensively before they are included in our collection.

In nature, plants often grow at densities far beyond what is found in gardens. To achieve a naturalistic look, the Steppe Garden grows plants thickly and in varying combinations, to create a tapestry of color and texture. 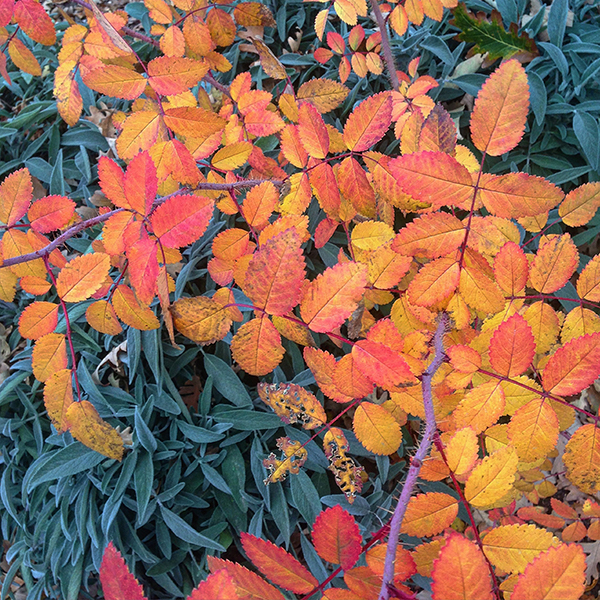 There is no "off-season" in the Steppe Garden. Immense spring bulb displays lead into summer blooms. Vibrant fall colors fade to reveal the complex structure of plants only visible in winter months.

Like the steppe regions it emulates, the lushness of this garden doesn't come from lots of water. Densely planted drought-tolerant grasses, succulents and shrubs create abundance in a dry garden.