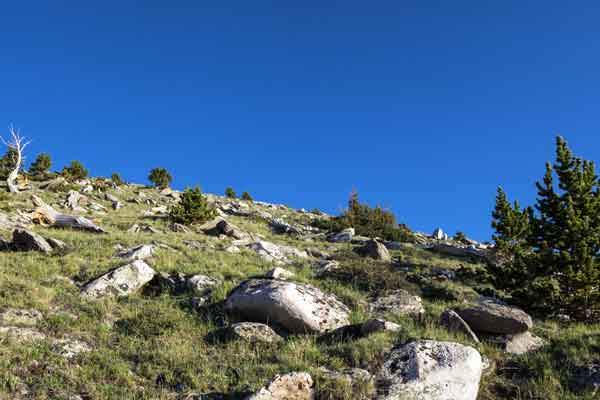 Mount Goliath is a mountain peak near Mount Evans in the Arapaho National Forest. Visitors to this natural area of grand mountain vistas can experience the highest cultivated garden in the U.S or hike the M. Walter Pesman Trail that winds through subalpine areas of sculptured, ancient bristlecone pines and alpine areas of delicate, slow-growing wildflowers.

Explore plant life on the edge with a few of our favorite Mount Goliath alpine wildflowers. 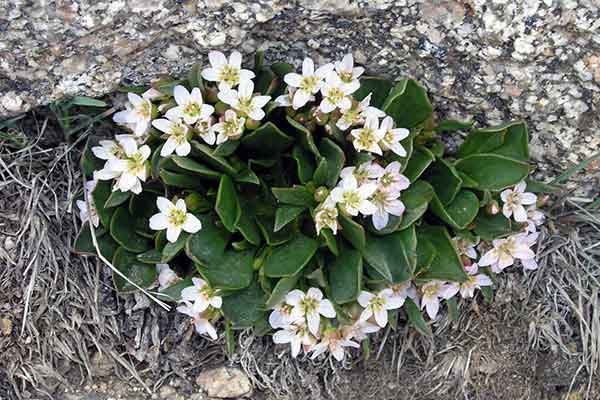 Although this alpine plant looks small, the taproot can be up to eight feet long. The species is often found growing between rocks with abundant blooms ranging from white to pink. Marmots, pikas and ground squirrels often snack on its fleshy leaves. 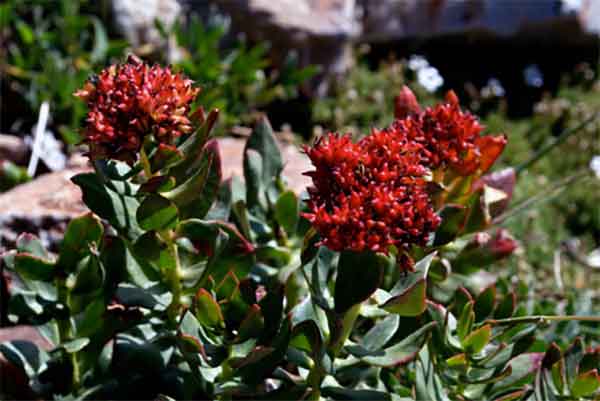 Growing in rocky areas with little soil, king’s crown has small, dark red flowers and is distributed globally in northern latitudes and alpine areas. There are nearly 60 species in the genus Rhodiola, primarily found in Asia. 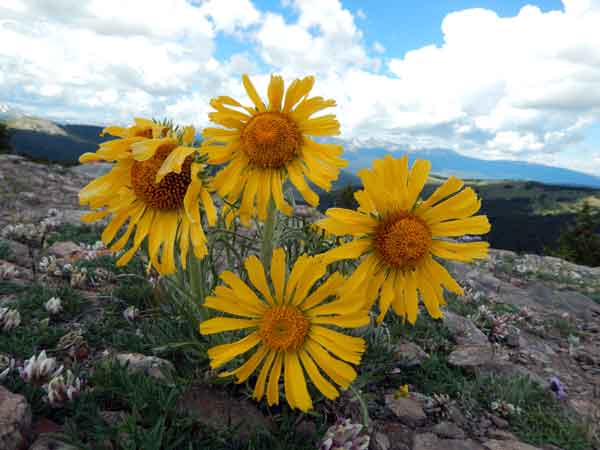 An easily-recognized and showy alpine species, old-man-of-the-mountain has woolly stems and feathery leaves with large yellow flower heads composed of many tiny flowers. The flowers always face east or southeast, earning it a reputation as a "compass" flower. 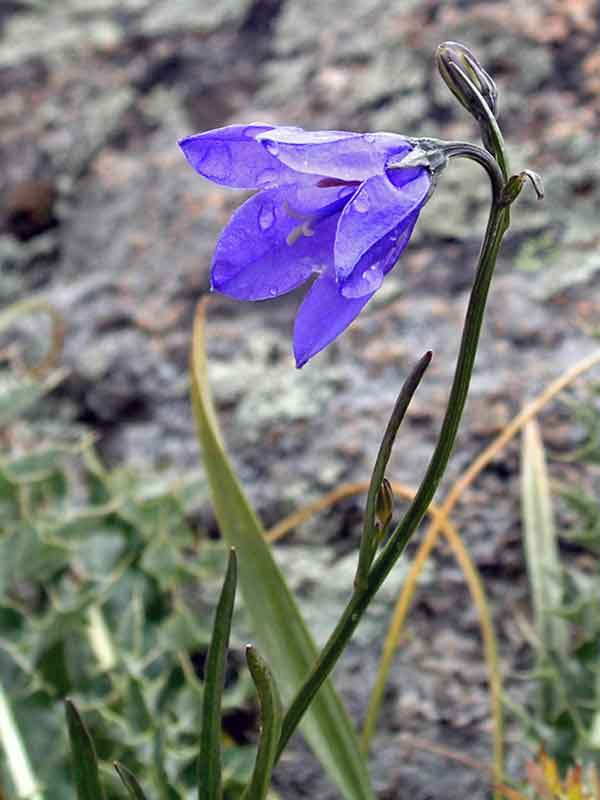 With lavender-blue, nodding bell-shaped flowers, the harebell can be found throughout the world in the northern hemisphere. In Colorado, they are found from the plains to high mountains, and can live in habitats spanning over 8,000 ft. in elevation. 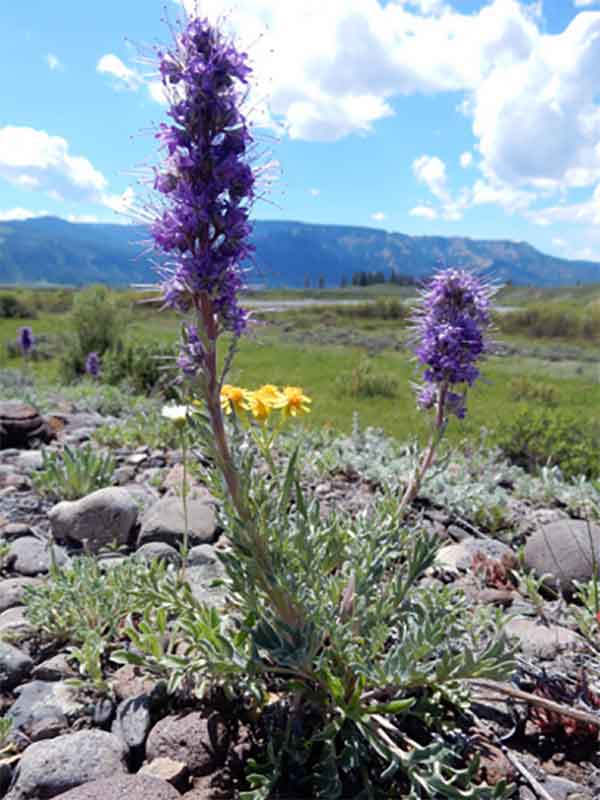 The fern-like leaves of silky phacelia are covered in soft hairs. With their purple flowers arranged in a scorpion-tail shaped coil, these plants create a dramatic splash of color on the rocky slopes. 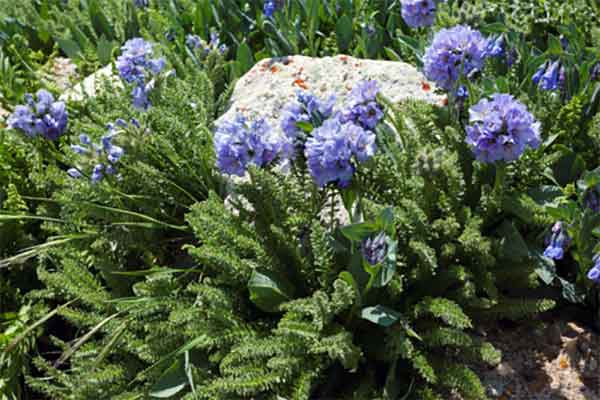 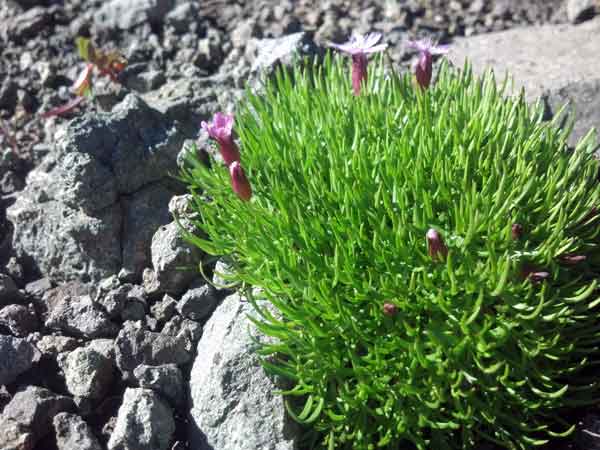 This hardy species is cushion-shaped like many alpine species, hugging the ground to avoid the worst of the wind. A large cushion might be more than a hundred years old.